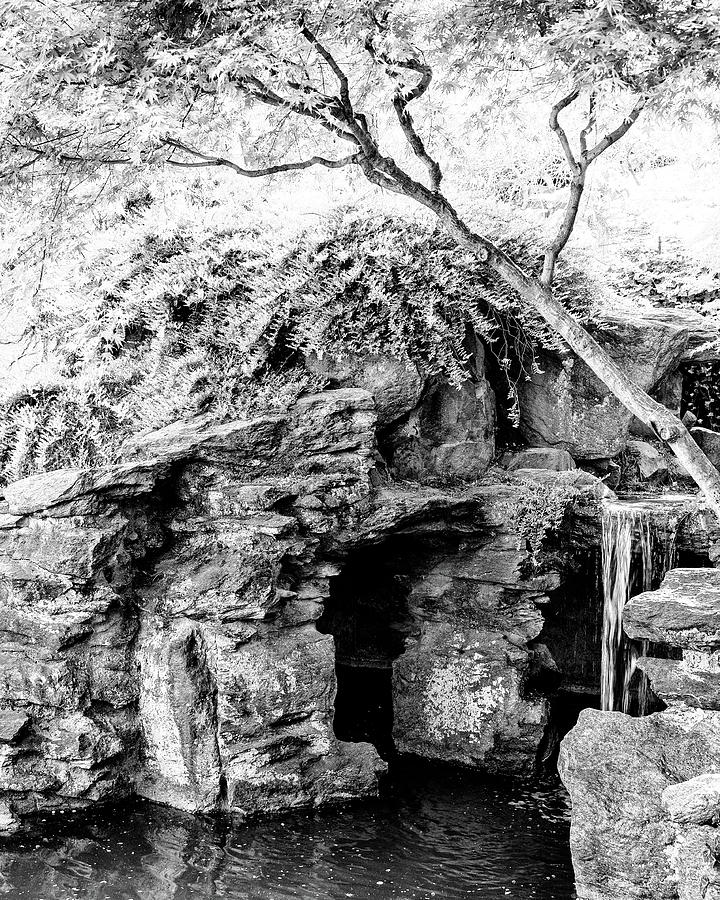 "Water flows into the pond on its western shore via [Takeo] Shiota’s statuesque waterfall. Instead of the traditional rounded stones usually used in Japanese water features, it is composed of shelves of jagged Manhattan schist. The result was said by some to resemble an Italian grotto, and it is possible that the Italian workers assisting Shiota influenced its design, which also includes echo chambers to amplify the sound of falling water."
[Source: BBG’s Japanese Hill-and-Pond Garden: A History, By Jeanne Rostaing | November 24, 2015]