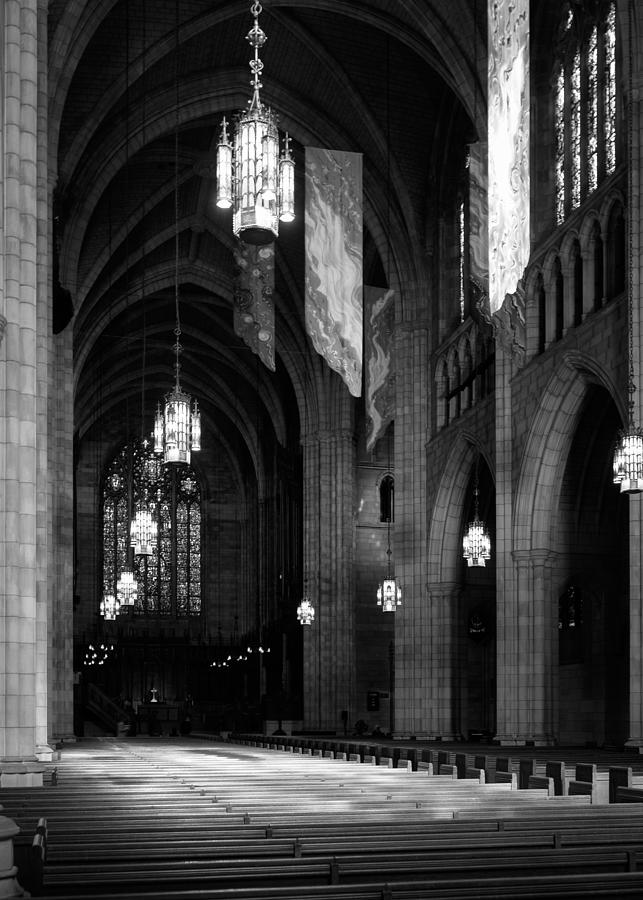 The Princeton University Chapel is located on that university's main campus in Princeton, New Jersey, United States. It replaces an older chapel that burned down in 1920. Designed in 1921 by Ralph Adams Cram in his signature Collegiate Gothic style, it was built by the university between 1924 and 1928 at a cost of $2.3 million. Martin Luther King, Jr., delivered a sermon there in 1960. The chapel was rededicated in an interfaith ceremony in 2002 following a major two-year restoration.

Its size and design evoke a small cathedral of the English Middle Ages. The only university chapel of its size at the time it was built was King's College Chapel at the University of Cambridge. The foundation is poured concrete, and the superstructure is sandstone and limestone. The main sanctuary consists of a narthex, a gallery, a nave, two transepts joined by a crossing, and an elevated choir. The chapel's extensive iconography consists of stained glass, stonemasonry, and wood carvings. Among the stained glass are four "great windows", one facing each cardinal direction, and four "Christian epic" windows in the walls of the choir. The iconography was planned by Albert M. Friend, a faculty member in Princeton's Department of Art and Archaeology, with the goal of portraying, in one scholar's words, a "synthesis between Christian faith and modern thought."