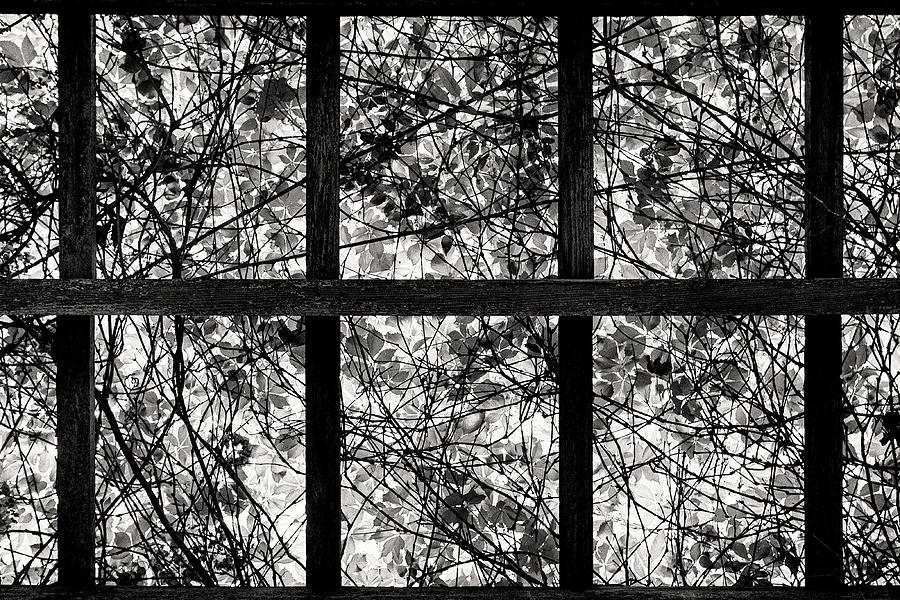 Leaves on a Trellis

Leaves on a Trellis

For a long time now I have found myself looking up at the light beyond the leaves of trees. It probably goes back to my childhood where I spent a good amount of time in the forest constructing lean-to shelters, tipis and longhouses, as well as pushing down trees that had died.

I made this image while exploring the woods of the Welwyn Estate in Nassau County, Long Island. I had left my apartment near Trenton, New Jersey very early that morning. This meant I was able to avoid any traffic on the Turnpike and made excellent time on the Cross Bronx Expressway. I arrived at the estate as the sun was rising.

My intention that morning had been to walk down to a beach that a friend of mine had introduced me to. The beach rests on the banks of the Long Island Sound with Connecticut visible on the horizon. It’s a small beach, almost as if it was an accidental afterthought, and because of this there are rarely other people there.

That morning had a suspended, soft feeling about it. There were two fisherman out on the water and the loudest sound to be heard was the rhythmic crashing of the waves against the sand and the stones of the jetty. Every color visible was a delicate pastel tint and nothing seemed real. I made a short film about what my time there that morning felt like.

Afterwards, it seemed as though my senses had been heightened a bit. It was a very calming experience, yet it had the effect of making my eyes more keen to my surroundings. As I explored an area of the woods I knew to contain the ruins of a greenhouse, and at least one other large structure, I came across this trellis blanketed by leaves. By now the sun had risen high enough in the sky for the light to pass through the canopy of leaves above.

I came across this image while browsing my archives and really fell in love with it. There’s a lot going on in such a seemingly simple image. Everything is still, but your eye has plenty to seek out in the image as it jumps between clusters of leaves or traces the twisting paths of vines.

It makes me think about how life goes on outside the seemingly homo-sapien centric existence we all play out. Yet it also brings to mind Frances Hodgson Burnett’s children’s novel The Secret Garden and an intimate moment between to young lovers being interrupted when one, overcome with emotion, gazes up in search of relief and sees this intricate composition of leaves resting above them.

If you find this image as enchanting as I do, please consider purchasing a print from me. It would be my pleasure to make one for you.