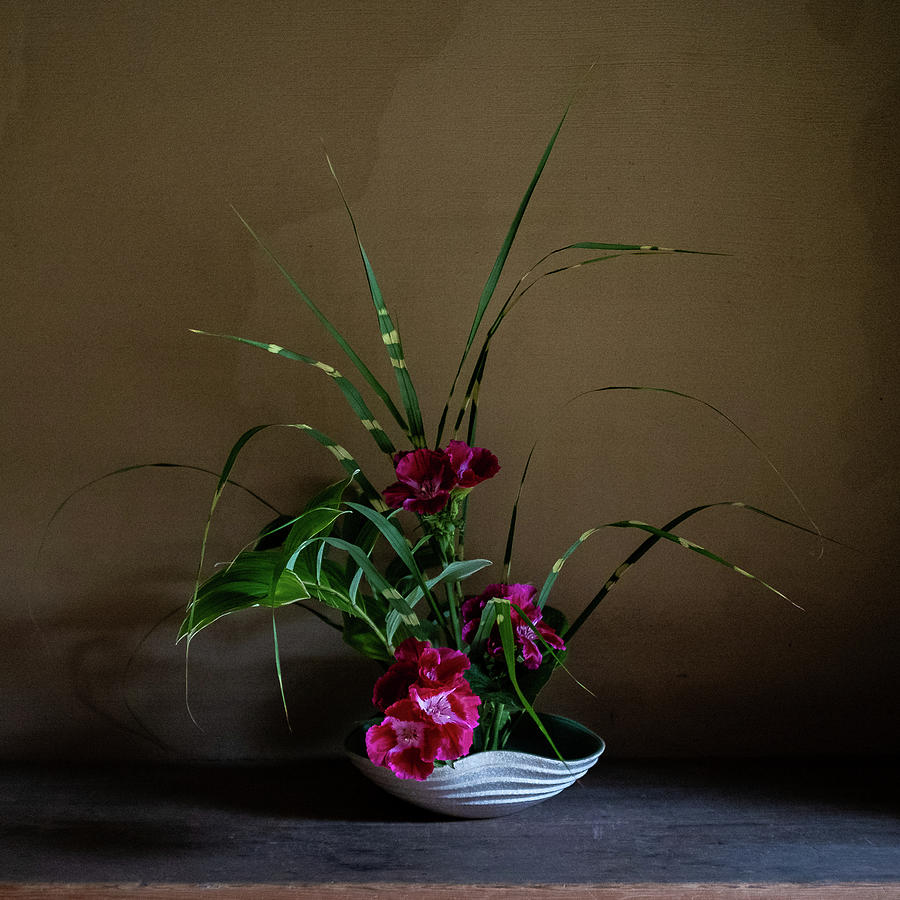 Ikebana at Shofuso Japanese Tea House and Garden. Ikebana is the Japanese art of arranging flowers. One translation of the word Ikebana (活け花) is "making flowers alive." It is also known as Kadō (華道, "way of flowers"). The tradition dates back to Heian period, when floral offerings were made at altars. Later, flower arrangements were instead used to adorn the tokonoma (alcove) of a traditional Japanese home. Ikebana reached its first zenith in the 16th century under the influence of Buddhist tea masters and has grown over the centuries, with numerous distinct schools extant today. Ikebana is counted as one of the three classical Japanese arts of refinement, along with kōdō for incense appreciation and chadō for tea and the tea ceremony.