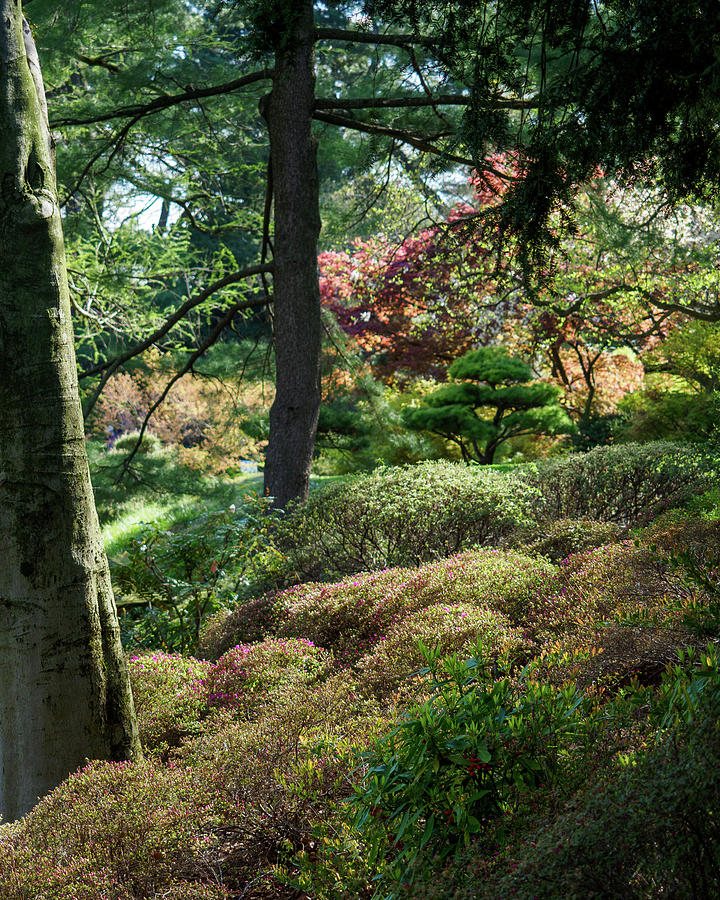 I carefully chose my perspective as I sought to create an image that would convince the viewer that this was a scene of a dreamy Japanese forest, rather than what it really was–a small hill of rhododendron and other species of plants native to Japan and East Asia, but actually in New York City at the Brooklyn Botanic Garden.