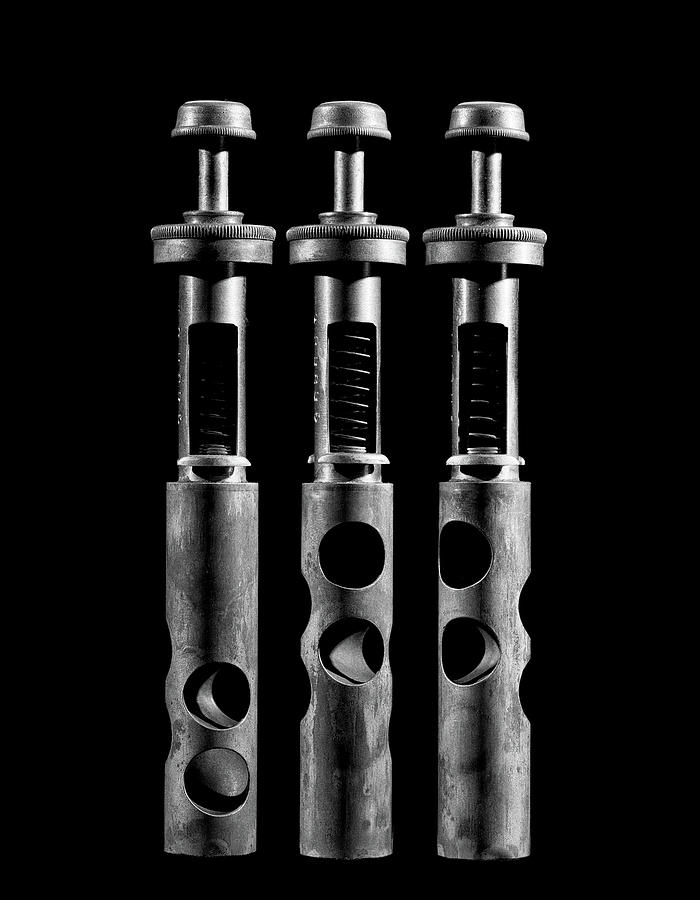 Still life of three valves from a 100+ year old cornet. The instrument is still in perfect, playable condition.

Charles Gerard Conn was the patriarch of musical instrument manufacturing in Elkhart, Indiana. In 1873, following a brawl in a bar which resulted in a split lip, C.G. Conn developed a brass mouthpiece with a rubber rim. Conn converted an old sewing machine to a lathe and set-up a shop building these mouthpieces. In 1875, a French instrument maker named Dupont began repairing instruments in Conn�s shop. After watching him work for a few days, Conn believed he could build his own instrument. In that same year, Colonel Conn would build the first American made cornet.

By 1879, Conn moved operations into larger quarters and began making other instruments. In 1880, the town of Elkhart, Indiana became so enamored with C.G. Conn they elected him as their Mayor. During his second term, he was forced to resign due to a factory fire in 1883. The factory was rebuilt bigger and better and production continued. By 1893 his instruments were awarded the highest honors in the World�s Columbia Exposition in Chicago.